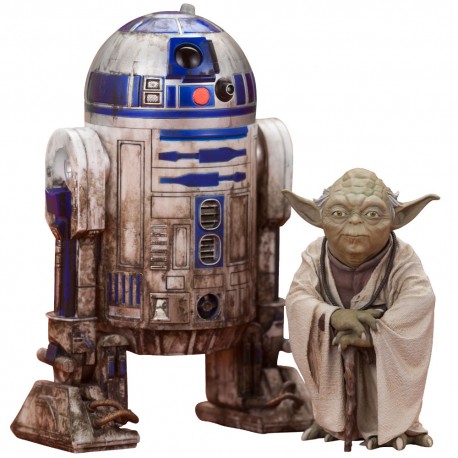 Kotobukiya proudly presents the latest addition to their ARTFX+ 1/10 scale statue lineup based on characters appearing in the STAR WARS movies with the Yoda & R2-D2 Dagobah version 2 pack.

R2-D2's paint reflects his dirt and mud covered appearance from his time spent on Dagobah in Star Wars Episode V: The Empire Strikes Back.

Though Yoda may be small, don't judge him by his size! He still shows all the incredible detail and craftsmanship Kotobukiya's sculptors are known for.

As a special bonus, a translucent spirit version of Yoda is included