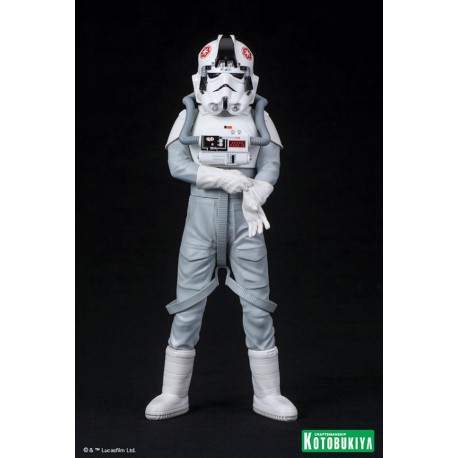 The Imperial Army expands with Kotobukiya's AT-AT Driver ARTFX+ statue, based on the characters in Star Wars Episode V The Empire Strikes Back.

The AT-AT driver is ready to take his place at the controls of the Imperial Walker, and includes multiple arm parts allowing for display in 3 different poses.

Features include magnets in the feet for extra stability on the included base .

Display along with other Star Wars ARTFX+ statues from Kotobukiya, like the Snowtrooper 2 pack!